How do habits work 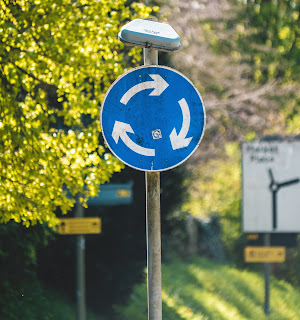 “Habit” – you hear that word a lot these days. What on earth is a habit? The dictionary defines it as “a behavior pattern followed until it has become automatic.” Habits are those little routines you do the same way every time. In fact, research has shown that at least 40% of what we do everyday is a habit.
How do habits work?
Scientists at the Massachusetts Institute of Technology found that all habits follow the same “loop.” They also discovered that the loop consists of three parts:

The reminder is what triggers you to do the habit. For example the new text message sound on your phone dinging.

The routine is the habit itself. For example opening the message to see what it says.

The reward is the positive outcome you get for doing the habit. For example satisfying the curiosity of knowing who sent you the message and what it said.

Let me share one habit of mine to illustrate the 3 parts in real life. Every morning I go into the bathroom to get ready. The very first thing I do is brush my teeth – without fail! I never shower or shave or do my nails first, I always brush my teeth first. I do the same thing when I am in a hotel as well as when I am at home.

Entering the bathroom is the reminder.

Brushing my teeth is the routine.

Having a minty fresh mouth is the reward.

Why habits are important

Our brains create habits as a way to eliminate the need to use processing power for common activities (like brushing your teeth) so it can be used for less known things (like keeping watch to make sure the cat doesn’t pounce on your feet in the bathroom.)

It’s important to know how habits work so you can figure out why you are the way you are now. The more you do something the more consistently you do it. For example if you are bored in the evening and grab a bag of chips to eat while you watch TV, and then you do it again the next night, you are likely to do it a third night in a row. So, those extra 10 pounds you put on last month are probably because of the chip habit you developed because the new season of Real housewives of Jersey Shore started on TV.

It’s important to know how habits work if we want to create new ones. Knowing about the habit loop means you can replace old habits and create new habits.

As a thought exercise now, mentally run through the first hour of your day and make a note of what you do every single day. Bingo! You have just identified your first block of habits! If you are ready to create your first habit, read about how to make habits that stick with the “Three Notes” method of habit formation.