How to pick the right approach to habit formation 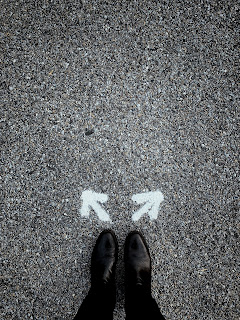 Have you failed to create a habit before

Have you failed to create a habit before? If so, you are not alone. 80% of people who set new years resolutions fail in the first month. There are a number of reasons people fail to build new habits. Not setting a reminder. Not making it small, simple and sustainable. Sometimes it is because they use the wrong approach for their personality.

You can identify the best approach to habit formation for you by answering two simple questions.
The questions are:
Are you ‘open’ or guarded?’

Are you ‘direct’ or ‘indirect?’


What type are you

Based on the answers you tell if you are a “Socializer,” “Doer,” “Thinker” or a “Collaborator.”

“Socializers” are ideas people. They are unconcerned with details and thrive on involvement with other people.

When making habits “Socializers” should:
“Doers” are goal oriented. They tend to take control of the situation and are decisive in their actions.

When making habits “Doers” should:
“Collaborators” are generally slow at taking action and making decisions. They need to have to know how other people feel about something before making a decision.

When making habits “Collaborators” should:
“Thinkers” are systematic problem-solvers and security-conscious They ask questions about specific details and prefer an organized/structured environments.

When making habits “Thinkers” should”