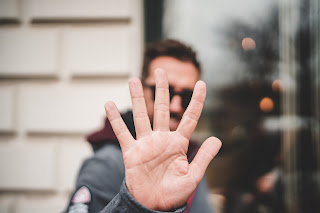 A friend of mine had to call the cable company about an issue they were having with their
service. The first rep they spoke to wasn’t sure how to help, so they transferred them to another rep.
They had to go through the same long explanation of the issue with the second rep. When the
second rep told my friend they weren’t sure how to help either and they would have to transfer them to another rep my friend exclaimed something that was unfit for print.

So they were transferred to a third rep and had to go through the whole rigamarole again of explaining the issue. Fortunately for the cable company the third rep, after an hour on the phone, was able to resolve this issue.

The next morning at work my friend still had a bee in their bonnet about the cable company. As we went to get our morning coffee they lamented about the poor service they had received from the cable company – even though the issue was resolved now.

Sufficed to say my friend had a strong emotional reaction over their experience with the cable company. Science alert: Emotions are neurohormones that are produced primarily in the hypothalamus part of the brain. Each “burst” of these amino acids of emotion, from the time they are produced, to the time they’re completely broken down and absorbed, lasts about 6 seconds.

That’s it – the chemical part of any emotion is over and done with in an average of 6 seconds. Any emotional reaction that last longer than that (say from 7.30pm until 7.30am like in the cable company case case) is a choice.

In a work setting, some of the most common emotional triggers are a lack of:• acceptance
• respect
• feeling liked
• understanding
• feeling needed
• feeling valued
• control
• being right
• being treated fairly
• attention
• comfort
• freedom
• peacefulness
• balance
• consistency
• glucose (OK, I added that one to justify my own “hanger” issues.)

We all get triggered at work from time to time, it is inevitable. The question is how long do you let it last? Do you do something you might regret in those first 6 seconds? Do you hold on to it and let it ruin your whole day?

As soon as you become aware of an emotion reaction – pause. Take a really deep breath and just pause for 6 seconds. If you are having a particularly strong emotional reaction try counting backwards from 6. This is a trick used in cognitive behavioral therapy and its really effective.
Then decide what you should do next. Should you shout? Should you through a chair across the room? Should you storm out in disgust? (The answer to all those is probably not!) Once the chemicals have gone – decide what a rational response is – and do that.

Then move on! Don’t let 6 seconds ruin a relationship or your happiness.

How to make it a habit.

Make a point to be aware of your emotions. When you feel a strong emotional reaction remind yourself to “practice the pause.”
There is power in the pause, it can save you lots of unnecessary unhappiness.