What is a one sentence habit 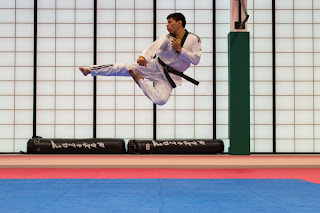 What the students were doing was declaring “implementation intentions.” An implementation intention is the idea of deciding in advance when and where you will do something. For example “when I finish eating dinner then I will go brush my teeth.” This concept was discovered by a gentleman named Peter Gollwitzer and has been tested and shown to work in over 100 independent studies. In fact these studies have shown that people who declare implementation intentions are between 2 and 3 times more likely to follow through.

How to create a one sentence habit

Write your “WHEN… THEN…” statement on a piece of paper and put it somewhere you will see it every morning. (The bathroom mirror is a great place.)

Read your “WHEN… THEN…” statement every morning. Remember, people who declare an “implementation intention” in advance are 3 times more likely to follow through.
Do your habit at your chosen reminder. This bit is important. 🙂

This is the simplest habit formation tool ever. Go grab a piece of paper (sticky notes work well) and write out your one sentence habit. Read it every morning and marvel at being 2 to 3 times more successful in forming your habit!