What is the ripple effect in habit formation 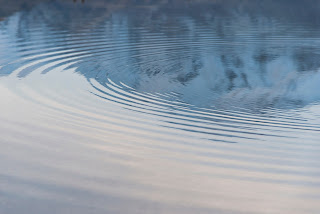 If you talk to someone who has successfully created the habit of exercising regularly, I would bet my next cookie that they will say something to the effect of “and then I just started eating more healthily.” I have heard this myself time and time again. This is because of the “ripple effect.”
The ripple effect states that when you change one behavior it creates a ripple that will change other behaviors too. Researchers at Northwestern University found that when people reduced their non-active leisure time they also reduced their fat intake. The participants weren’t told to eat less fat, but their eating habits improved as a natural side effect because they spent less time watching television and snacking mindlessly. One behavior change led to another, one habit created a ripple that caused another habit.

The ripple effect happens because of the idea of “commitment and consistency:” This idea comes from Robert Cialdinis brilliant book Influence. The idea is that if you commit to an idea or change, even in a small way, you are more likely to stick to that change because you now see that idea as being aligned with your self-image. If you see yourself as a healthy person who exercises regularly then eating better is just a natural extension of that.

How the ripple effect help you

The ripple effect can help you in several ways. First of all, there is no such thing as a “too small habit.” If you watch the ripple cause by a pebble dropped in the water you will notice it keeps getting bigger. Tiny habits get bigger. Going for a 5 minute walk every day will morph in to a 30 minute talk over time. Starting the habit of a 5 minute walk is much more achievable than going from 0 to 30 minutes over night. So, as you set up a new habit – make it silly small.
Secondly, you might have multiple habits you want to build. Perhaps you want to start exercising, you want to eat better, you want to have more energy and you want to sleep better. Have faith that thanks to the ripple effect that by creating just one of these habits the others will come naturally.